In the USSR the term "cosmetic surgery" belonged rather to the sphere of foreign exotics. But with time everything changes, and any medical technology, sooner or later, passes from the category of elite in the category of mass services.

People who lived before our era (in Ancient Egypt), understand that everything in the world can be changed, so plastic surgery to change the shape of the nose, ears, was not considered unique in Alexandria. And in Ancient China healers were conducting operations not only at the noses and the ears and eyes, what remained of the detailed certificate and even records. In the middle ages (France, Italy) of plastic were considered the only method of eliminating the disease. During the Renaissance cosmetic surgery called a branch of medicine responsible for the beauty. 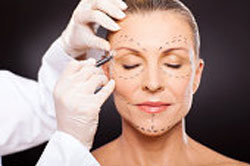 Cosmetic surgery is a branch of plastic surgery. The purpose of cosmetic surgery is the elimination or reduction draws attention to cosmetic shortcomings, defects, age-related changes of the face and neck and the average achievement of aesthetic norms. This mixed with a phobia the person who for some reason are ashamed of their appearance.

Unlike plastic surgery, which aims to restore the form and function of lost or damaged body parts, cosmetic surgery is its aim only elimination of cosmetic defects. The latter, as a rule, due to the natural aging process and is most noticeable on human skin. Experts advise from 30-35 years to have to pay attention to various defects (see Longevity).

In the modern world, cosmetic surgery has great potential. In the media there are reports of a head transplant. But this is the most radical way. Many of the problems associated with defects of appearance, it is possible to solve with the help of plastic surgery. Especially plastic is the only solution to the problems associated with the aesthetic defects of the face. Before you make a final decision on whether an operation to change the appearance, You definitely need specialist advice.An experienced professional able to appropriately assess the problem and to optimize the conditions for its elimination. Also, the surgeon should refer the patient to the necessary examination to identify the factors impeding the conducting of operations.

In addition to cosmetic effect any cosmetic surgery leaves behind a scar. The plan of operation shall be prepared by the surgeon-cosmetician for each patient individually, taking into account its features. The majority of operations performed under local infiltration anesthesia with solutions of novocaine or trimecaine.

Cosmetic surgery is contraindicated in the presence of severe, chronic common diseases of the body, skin diseases, mental diseases.

Everyone knows that with age, the skin loses its elasticity, fade, leading to the appearance of wrinkles. This is due to the fact that the subcutaneous adipose layer becomes thinner, the muscles are stretched and SAG, which leads to the formation of excess skin. And first wrinkles are formed. First wrinkles appear around the eyes. Of 40-45 years, increasing the nasolabial crease, eyelids are getting heavy. Every year the wrinkles are becoming more and more due to gravity. Cosmetic surgery in the form of face lift focuses on eliminating the wrinkles on the face by removing excess skin.

Skin — is the outer cover of the body, which is the real body and perform various functions, including protection from external factors, metabolism and thermoregulation. It consists of two layers: epidermis and dermis. The epidermis is several tens of layers of cells that determine skin thickness. The epidermal cells are constantly updated and exfoliated from the surface.

The second layer — the dermis — contains connective tissue fibers (collagen, elastin, give the skin strength and elasticity, as well as nerve endings, sweat and sebaceous glands, blood vessels. Fiber keep the fluid that provides the skin elasticity. With age, the amount of fluid in the dermis is significantly reduced, and the reduced number of elastic fibers — which in turn causes an excess of surface layers of the skin. These are some of the causes of wrinkles and folds on the face. 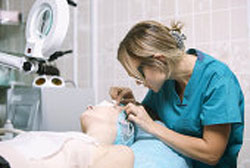 During operations, the tension of aging skin of the forehead, cheeks, neck, and also at volume of operations in the field of mammary glands and anterior wall of the abdomen is recommended General anesthesia. There is a large variety of cosmetic surgeries to eliminate the defects or age-related changes in the facial area (forehead, nose, eyelids, lips, cheeks, eyebrows). The most common face surgeries are surgery to remove wrinkles of the face and neck.

The most common aesthetic plastic surgeries are: rhinoplasty, liposuction, breast implants, rejuvenation (facelift), otoplasty. There are also techniques to lengthen her legs, changing the face shape, eye shape, etc. Rhinoplasty (nose reshaping) in most cases is done on the basis of aesthetic considerations. With such plastics you can remove the hump, kruckewitt of the nose, decrease the length and thickness.In addition to aesthetic reasons, rhinoplasty is produced and when there are medical indications to eliminate snoring and breathing difficulties and in the face of trauma, namely a fracture of the nasal septum.

Operations on the Breasts are also a large variety. Is surgery to correct a deformation of the breast when they are hypertrophy and hypoplasia. Many methods proposed to reduce the size of the breast. The aim is to give a beautiful shape to the breast and maintain its function. Tend to spend a sectoral resection of the gland, the excess skin excised, the nipple tighten up and suture the wound. The scar is formed around the nipple, under the breast, and from it to the nipple.

For breast augmentation surgery is often used silicone prostheses. The prosthesis is introduced in a previously delaminated breast, fix it to the pectoral fascia. The incision in the crease under the breast gland suture. 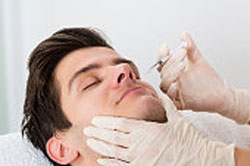 Often the operation is executed to eliminate deformation of the anterior wall of the abdomen. Pendulous abdomen causes trouble in the aesthetic attitude is the cause of lower back pain, back, disorders of the internal organs. Exfoliate the skin with subcutaneous fat. The excess is removed. When the rectus abdominal muscles and strengthen them. The navel is formed. Suture.

There are a number of surgical method of treating baldness. They are based on transplantation into balding areas of skin with hair. 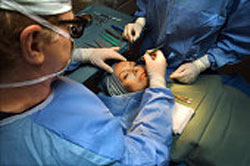 Darmaatmadja, or "sanding" of the skin, is an effective method for the correction of congenital and acquired cosmetic defects. The indications for this operation are: aging skin, age spots, scars, tattoos. During the operation on elimination of wrinkles with the help of special devices is removed epidermal layer of the skin, the superficial layer of the papillary dermis. The operation is performed with mandatory anesthesia. For scar removal of tattoos applied more than a deep dermafreeze.

But endlessly to expose myself to various operations is meaningless. And although cosmetic surgery is learned quite successfully to simulate youth (see Rehabilitation), but, unfortunately, to look young and to be they really are not one and the same. No doubt, science will learn much more about the main foe of man — aging. And perhaps new discoveries in the future will completely reverse the unjust external disharmony between the body age and the age of the spirit. And yet we need to remember that it is best to stabilize biological age is nothing like as healthy a lifestyle.

What you need to know about restoration of teeth

It is difficult to find someone who with certainty could say that they are fully satisfied with their teeth, their condition and appearance ...

<< Back: Cosmetics. The history of the development