Presidents of the Congress

V.N. Prilepskaya - Deputy Director of the Research Center for Obstetrics, Gynecology and Perinatology of the Ministry of Health of Russia, Head of Research and polyclinic department FGBI "NTsAGiP im.V.I. Kulakov" Russian Ministry of Health, Chairman of the Russian "Society of Contraception" and "Association of Cervical Pathology and Colposcopy", MD, Professor, Honored Worker of Science 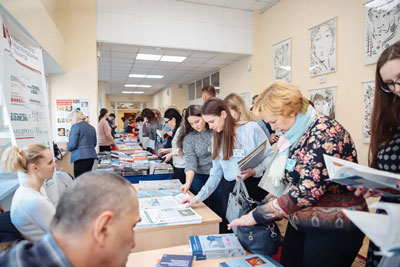 • The Ministry of Health of the Russian Federation

• Russian Society of Obstetricians and Gynecologists

• Association of Cervical Pathology and Colposcopy 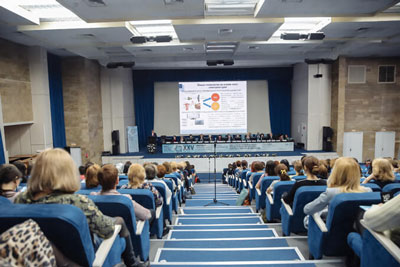 The main goal of the congress is to improve the quality of outpatient polyclinic care in the field of obstetrics and gynecology, the introduction of new medical technologies, the improvement of knowledge and skills of practicing obstetrician-gynecologists and doctors of other specialties, highlighting the achievements of world and national science.

Special attention within the framework of the scientific program of the Congress will be paid to various aspects of endocrinology and reproductive health problems.

Official participants of the Congress are provided with a portfolio that includes a scientific program, a collection of abstracts, scientific and informational materials.

As part of the scientific program of the Congress, special emphasis will be placed on lectures by leading experts, trainings, schools, seminars, discussion clubs, and round tables on various problems of obstetrics and gynecology with issuing certificates.

During the Congress, there will be an exhibition of leading domestic and foreign companies producing medical equipment, medicines, trade exhibition of specialized literature, the presentation of new books and other events. 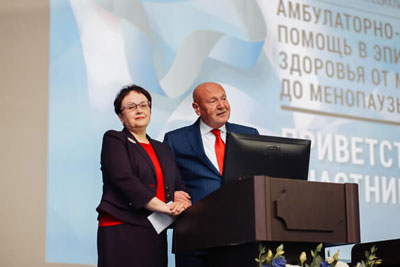 Applications for abstracts are not accepted.

Abstracts should reflect the relevance, purpose, materials and methods of research, the results obtained and the conclusion - without selecting sections, without tables and figures.

Downloadable abstracts should not exceed 3600 characters (with spaces).

Abstracts should be accompanied by a brief summary (5–6 lines) in Russian and English.

Three abstracts is included in the registration fee.

Guests can not publish abstracts.

Deadline for submitting abstracts is March 1, 2019.

Materials received by the organizing committee later than March 01, 2019, as well as those that do not meet the above requirements or are not paid, will not be published. 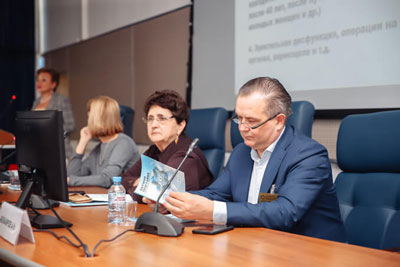 In accordance with the plan of scientific and practical measures of the Ministry of Health of the Russian Federation for 2019, on April 2-4, 2019, the XXV Anniversary All-Russian Congress with international participation and a specialized exhibition “Outpatient care in the epicenter of women's health from menarche to menopause” was held in Moscow.

Organizers of the Congress: Ministry of Health of the Russian Federation; FSBI “National Medical Research Center of Obstetrics, Gynecology and Perinatology named after Academician V.I. Kulakova”of the Ministry of Health of the Russian Federation; Russian Society of Obstetricians and Gynecologists; Russian Society for Contraception; Association for Cervical Pathology and Colposcopy; Congress operator LLC MEDI Expo, with the participation of: European Society of Gynecologists (ESG); European Society for Contraception and Reproductive Health (ESC); European Colposcopy and Pathology of the Lower Genital Tract (EFC).

Gennady Tikhonovich Sukhikh - Director of the Federal State Budgetary Institution Scientific Research Center for Scientific and Applied Mathematics IN AND. Kulakova, Ministry of Health of Russia, Head of the Department of Obstetrics, Gynecology, Perinatology and Reproductology FPPOV First Moscow State Medical University named after I.M.Sechenova, MD, professor, academician of the Russian Academy of Sciences, Honored Scientist of the Russian Federation,

Vera Nikolaevna Prilepskaya - Deputy Director for Scientific Affairs, Head of the Scientific and Outpatient Department of the Federal State Budget Scientific Institution Scientific Research Center for Pedagogical Sciences named after IN AND. Kulakova ”of the Russian Ministry of Health, Chairman of the Russian“ Society for Contraception ”and the“ Association for Cervical Pathology and Colposcopy, ”MD, professor, Honored Scientist of the Russian Federation.

The scientific program of the Congress was built in accordance with the tasks expressed in the message of the President of the Russian Federation V.V. Putin's Federal Assembly on February 20, 2019 This applies, first of all, to the improvement of outpatient care, the development of oncology and the prevention of cancer, and the reduction of maternal and infant mortality.

The Congress brought together more than 1,100 participants from 147 cities and 68 constituent entities of the Russian Federation, 9 countries of the world, among them: obstetrician-gynecologists, oncogynecologists, reproductologists, sexologists, neonatologists, anesthetists, diagnosticians, pharmacologists, endocrinologists, healthcare organizers, specialists from hospitals and outpatient clinics , representatives of the national obstetric-gynecological and European science. In addition, 109 young scientists, 311 speakers and members of the organizing committee, 114 representatives of the companies participating in the exhibition dedicated to the Congress participated in it.

Congress proposed an extensive and eventful program, which included the most relevant topics and problems.

Participants attending meetings during the 3 days of the Congress who passed the test received 12 points of IMO, which was confirmed by the Certificate of the Ministry of Health of the Russian Federation.

The Presidium of the Congress was represented by leading scientists - academicians of the Russian Academy of Sciences, professors, honored scientists, chief specialists, heads of departments and foreign guests.

Members of the Presidium:

All days of the Congress there was an exhibition of specialized literature, leading domestic and foreign manufacturers, medical equipment, and pharmaceuticals.

At the final meeting, the resolution of the XXV Anniversary All-Russian Congress was adopted.

The congress ended with words of gratitude and recognition by the audience to the Center, the scientific committee, the chairmen of the Congress and the organizing committee, represented by the staff of the scientific and polyclinic department.

The Scientific and Organizing Committee thanked the Ministry of Health of the Russian Federation, each and everyone for their active participation in the Congress, for the desire to feel in line with advanced science.

Diplomas, books, certificates were awarded to the participants of the Congress, some of them participate annually for 25 years.

See you at the XXVI All-Russian Congress in 2020!

Materials about the congress on the site www.mediexpo.ru 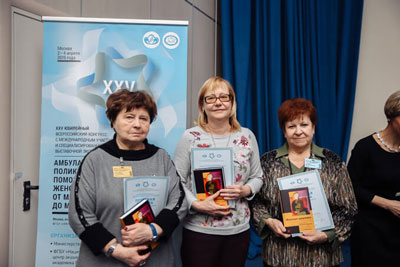 The main page of the site about a healthy lifestyle