Strit-dens (from English street-dance), street dance. It is the universal term uniting the whole group of dances, each of which has the characteristics and subspecies: hip-hop, a rhythm-and-blues, a break dance and some other the dances originating from Black street parties.

The youth expresses the emotions, feelings in dance, finds adherents and friends. But for self-expression it is a little simple "to twitch" under music, it is necessary to understand its styles and the directions, and to be able to dance according to these styles.

For street-dance are characteristic the springing work of feet connected to pendular operation of the case, a "hopping" basis of movement, the wide movements of hands. Average rate of music (108-110 beats/min).

The composition in style of the street-dens can include loking (the rigid abrupt movements of hands and feet), the fixed movements of a techno and the impulsive movements of funk. The combination of various type of steps, rotations can be strengthened by power and stationary dancing acrobatic exercises of the lower break. 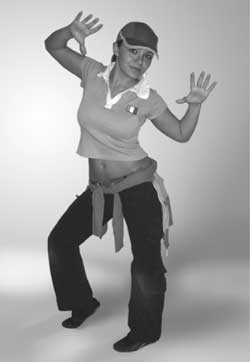 In modern music each dance often comprises musical strokes of other dances and, as a result, their movement. Gradually the movements mix up, and dances have similar steps, but mood of music, a rhythm, speed and dancing equipment at each dance, unique. 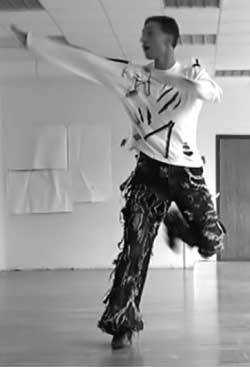 Mambo, cha-chas (see Cha-cha) and salsa belong to category of Latin Street Dance (Latin Street Dances) because in them "not - ball" forms there is no formalization. After sharpening of basic movements, it is possible to invent anything if only it fitted into music. There is no correct or wrong way of a tantsevaniye: there are only two rules – have fun and dance in a rhythm!