Or "tep-dans" ("tap dance"), i.e. "the knocking dance", the American dance, fashionable at the beginning of the XX century. There was from the Irish zhiga and dances of black slaves, under the influence of piano music a ragtime; it was executed in Broadway musicals, movies and fashionable salons.

The first performers of a step in its modern option are known in America since the end of the XIX century. It were the professional actors of an Anglo-American origin dancing rit, to a zhig, adding Black plasticity. From it adopted "shuffle" - the shuffling-sliding movement making impression of isolation of a foot of all body.

Further receptions of a step were more and more enriched: there were blows (and other manipulations) a cane repeating and supplementing blows of feet; executed a step during rise and descent from a ladder. Florend Zigfeld was especially well able to combine a step and a ladder in the Broadway revues. In one of its performances of 50 dancers synchronously executed step variations on a huge ladder. It was the show which was permanently collecting packed houses.

In Russia the step was shown even at the imperial yard, later called "bourgeois" and forbidden.

The modern variety, dramatized dance with different styles, is executed even under hip-hop and a rhythm-and-blues today.

Variety, mainly man's dance, one of the most stylish types of dance. I arose in America in the XIX century from the Irish Irish jig, a hornpayp and an English rural tap dance. Black slaves connected the European elements to the rhythms, and this "mix" found expression in musicals and fascinating choreography of the American cinema with Fred Aster's participation, Gene Kelly, etc. later. 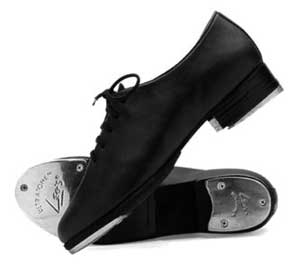 All movements of a tap dance are concentrated in feet and stupnyam or a foot from a knee are made. By means of special boots with metal heel-taps on soles dancers beat off a difficult rhythm of music. Is important not how many the physical form for a tap dance, how many feeling of a rhythm, coordination of movements and ability it is beautiful to move.