Social (i.e., public, from English social dance), or mass, public, household dances - the whole group of the dances existing as a peculiar form of communication between people. Unlike strictly canonized ballroom dances, household don't demand long-term studying and intense trainings, are executed under fashionable melodies and from that look in a disco, than on sports meet more naturally. Such dances don't need the audience, and dancing not so tremblingly as "balnik" or actors of a scene, are interested in how their movements are taken a detached view. For their tantsevaniye it isn't required the polished parquet and expensive suits. 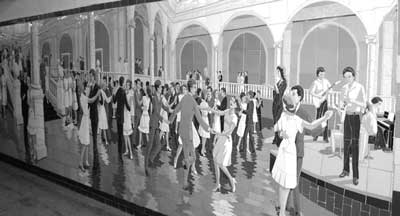 Social dances include the most different directions. It, first, "a club Latina" - salsa, a meringue, a mambo, popular in night clubs with incendiary Cuban and Brazilian music. Secondly, it is the fashionable youth dances under modern music united under the name "street-dens" ("street-dance"): a break dance, hip-hop, a house, the disco, a rhythm-and-blues, etc., calculated on club, restaurant, cafe, a disco. 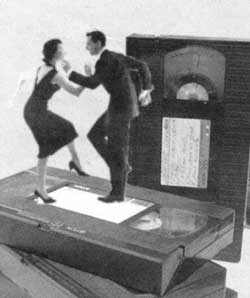 There are dances which execute only on a scene or on a sports parquet, and there are "multilevel" dances which can be both in household, and in competitive execution: Argentina tango, хастл, rock'n'roll.

Social dances can be divided on pair and mass. Unlike steam rooms, mass dances are executed by group dancing, forming a circle or the line (a letka-enka, a Sirtaki, etc.).